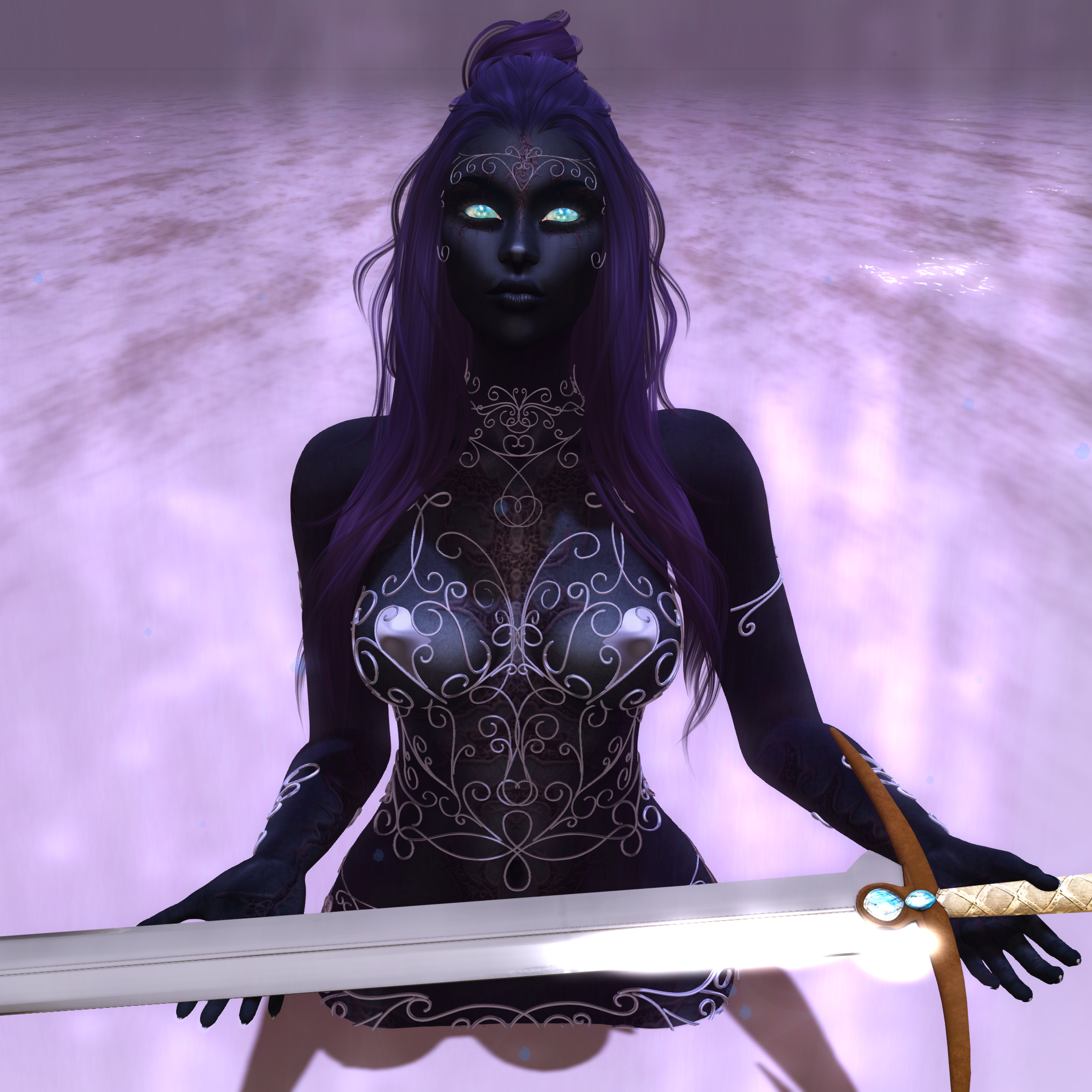 Dennis: Listen. Strange women lying in ponds distributing swords is no basis for a system of government. Supreme executive power derives from a mandate from the masses, not from some farcical aquatic ceremony.
Arthur: Be quiet!
Dennis: You can't expect to wield supreme power just 'cause some watery tart threw a sword at you!
Arthur: Shut up!
Dennis: I mean, if I went 'round saying I was an emperor just because some moistened bint had lobbed a scimitar at me, they'd put me away!
Arthur: Shut up! Will you shut up?! [Grabs Dennis and shakes him]
Dennis: Ah, now we see the violence inherent in the system!
Arthur: Shut up!
Dennis: Oh! Come and see the violence inherent in the system! Help! Help! I'm being repressed!
- from Monty Python and the Holy Grail

Image taken in the virtual platform of Second Life (tm)

✭
at August 12, 2019
Email ThisBlogThis!Share to TwitterShare to FacebookShare to Pinterest