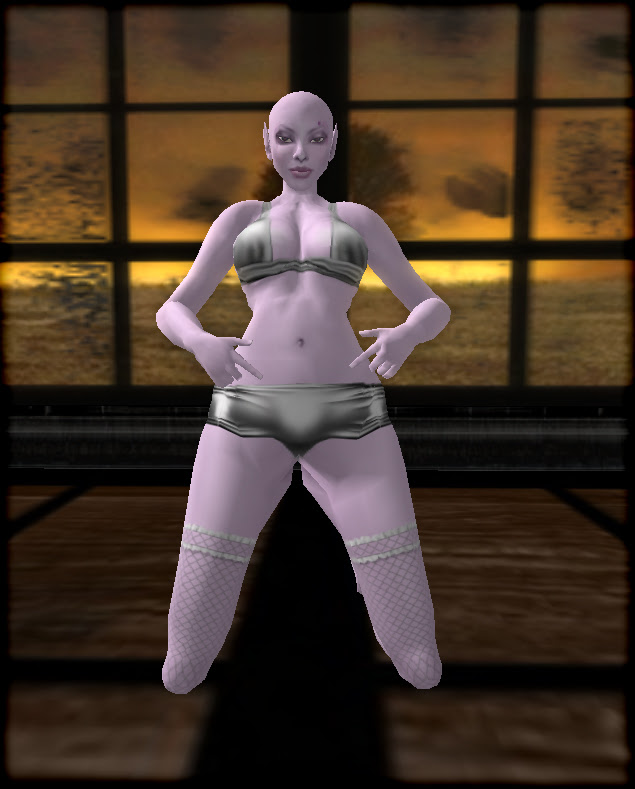 I took this picture because I was going to write a diatribe about how women don't have "packages" and would SL clothing designers please get a clue.

But then, I decided to check and make sure that I actually knew what I was talking about *before* posting, and looked up pictures of women in hotpants. Guess what? I was mostly wrong. A lot of women in real life (who actually allow pictures to be taken of themselves while wearing hotpants) actually do have enough flesh there to cause the highlights and shadows to look (to me) like they're packing.

So, I was wrong. Mostly.

Thing is, not everyone looks like that. There were, in fact, pictures of females wearing tight pants that *don't* look that way. So. You know. If any of you designers feel like making something a bit different, that *is*, in fact, a realistic option.

Always doomed,
Ruina
at January 04, 2010
Email ThisBlogThis!Share to TwitterShare to FacebookShare to Pinterest