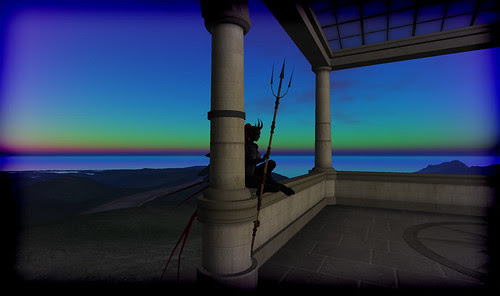 Doing new things is good. I've been meaning to participate in a lot of the neat picture projects I've seen on Flickr, but I've never gotten around to actually doing them. Well, it's a new year, so time to change that!

Nimil brought to my attention the Rashomon Project being hosted by Queen Coronet. The idea is that a location and a subject in SL are given, and you go and take a picture and then post it to Flickr, and then you can see all the different ways different people looked at the same thing. I think it's pretty cool :)

My submission for the project's first subject can be found here.
at January 12, 2010
Email ThisBlogThis!Share to TwitterShare to FacebookShare to Pinterest